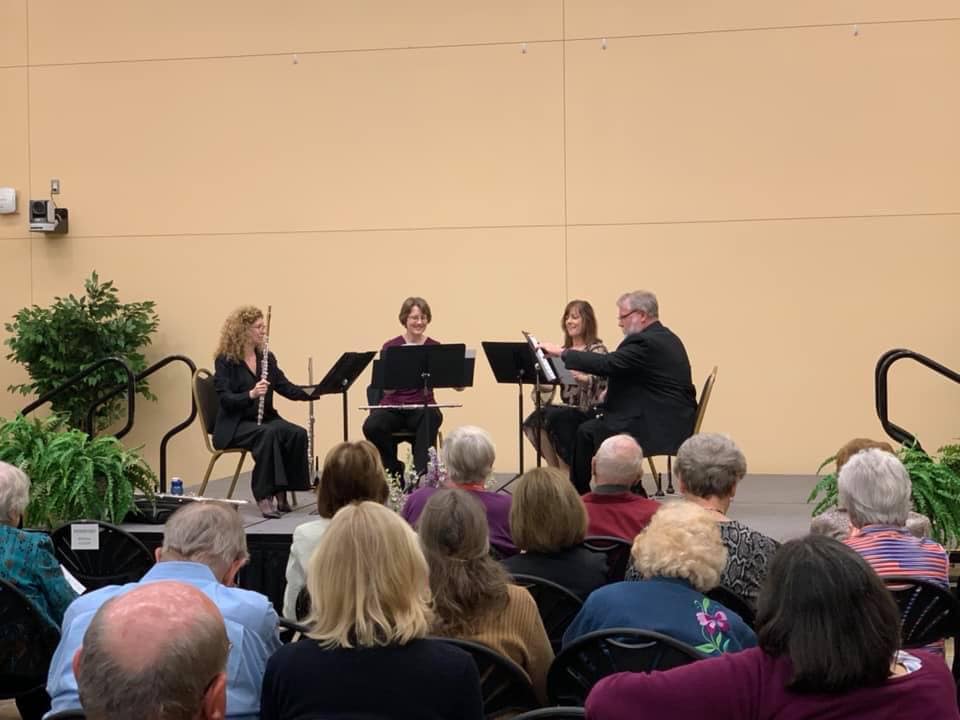 On 4 May 2019 The Philadelphia Flute Quartet performed at Arcadia University, Glenside, Pennsylvania.
The music included my quartets “Robin Hood forces the Bishop of Hereford to Dance” and “Chinese New Year Celebration” –
2nd performances in each case.

On 17 February 2019 at St. Mary Armenian Apostolic Church, Cooper City, FL, USA, there was a concert of Armenian music for flute and guitar, including my arrangements of various Armenian folksongs (commissioned by Sarkis Anac).

Brigitte Jones and Ute Schwarting performed the four hands piano version of my Blue Boar Blue at The Avenue Methodist church in Sale, UK, at 2.30 on 25th January 2019.

188 S. Swinton Ave. in Delray Beach, FL. there was a concert including numbers from

my “ABC of the Renaissance” by

The Billington and Gonzalez Duo